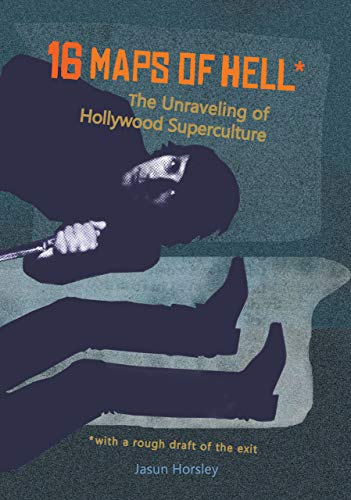 Andy Nowiki had posted a photo on Instagram. The photograph was of the front cover of the book named Vice of kings – highly recommended by Nowiki. Also its when I first came aware of the name Jasun Horsley.

So naturally being an inquisitive stalker that I am (only by night). Interested by Nowicki’s recommendation I thought who’s this cat on his soap box taking a pop at the superculture?

Deciding to pursue this Mr Horsley guy to the ends of the internet. Obviously for my own self interest to see what this fellow had to say.

Searching the web. Leaving no stone left unturned. Listening and watching countless podcasts that he appeared on. I was beyond intrigued with what Jasun had to say. The guy was full to the brim of information and ideas that blew my mind.

He came across to me as some mystic teacher who I had been searching for all my life. Every youtube video I watched of him from the early years up to the present. I became in awe of the chap and what he had to say. The guy seemed genuine. (Okay. I’ll resist fangirling anymore)

When I staggered across this video below. Is when he had my fullest interest:

*Jasun Horsley & The Skrauss on the parallels between Roman Polanski & Jeffrey Epstein: Polanski’s rise to prominence in Hollywood & proximity to the underground Hollywood*

Without hestitation I headed to his website and I ordered myself a copy of 16 Maps of hell. I was an addict. And now I needed to get high to his new supply.

Days into reading 16 maps of hell strange happenings occurred at my humble abode. The oven caught fire three days before Christmas. Now you can call it coincidence or possibly sods law. However I’m not ruling out that maybe it could’ve been stranger dark forces are at play.

The morning after I came downstairs to find the boiler had also decided to pack in. I was welcomed by a puddle of water. It not only ruined my morning but it put me right off my porridge. This was definitely without a shadow of any doubt a curse on my house because of the gift I had purchased from Jasun Horsley?

16 Maps is a book which not only makes you question the inner workings and the dark underbelly of Hollywood. But also it will make you also question your identity. Who am I? Who are we? Of course this has troubled a lot of people from the dawn of time and without any doubt still does. I know it has bothered me from when I can first remember.

This is only part of the book and its bursting at the seams full to the brim of tonnes of information you can get your teeth into.

I found myself completely immersed. On many occasions I googled the references that the book provides. Again plentiful and I found to be useful.

When it came to the personal sections of the book I enjoyed Jasun’s honesty. This on many occasions occurs quite frequently throughout the book. Especially when Jasun has a close encounter with David Thewlis.

I don’t want to spoil this book for anyone. Hence why I am choosing to keep this review quite short and vague.

I don’t want to give anything away. Maybe it’s because I’m an only child. Or maybe I have come across something that’s so frightfully delicious and you aint having a slice of my share. Its my precious. So you can go and get your own copy.

I encourage you to go and get yourself a copy of 16 maps of hell. Take the plunge on a journey to the depths of mystery and depravity.

Instead of consuming your time scrolling aimlessly in Zuckerberg’s playground. Forget that place and bomb off the diving board straight into the pool with an open mind.  You might just learn something. I know I have.

So you don’t wanna fork out. You can borrow my copy. Yeah right, on your bike. Get your own.

I’d recommend this book to anyone who is intrigued about Hollywood and its suspect history and inner workings.

It appears the author has done his homework and has done, brilliantly. And as I have said previously in this book it has got me to question my own identity. I’m now under the impression after all these years that I have been mis-sold. Was this Jasun’s intention? Who knows your guess is as good as mine. If so how did he do that you ask? Well I guess you’ll have to find that out for yourself.